Canada’s Big Banks Turn to Hackers for Innovation
Financial institutions in Canada are embracing hackathons in order to innovate and find the next generation of talent.
TechPORTFOLIO Staff

Canada’s banking system emerged largely unscathed by the global financial meltdown that started in 2008, earning the country so much credit that the Bank of England drafted Mark Carney, the Bank of Canada’s governor throughout the crisis, to be its leader.

Prudent Canadian lending practices, however, haven’t translated into innovation. According to MaRS, the Toronto-based non-profit that commercializes home-grown tech, Canada’s financial center and largest city is ranked ninth globally for fintech innovation. Global investment in fintech ventures jumped to about $12.2 billion in 2014, according to a report from management consultancy firm Accenture, making it a key area for any city aiming to stand out as a tech ecosystem.

“The big banks are a little late to the game, but we have the major ingredients for a strong fintech ecosystem,” says Robert Antoniades, general partner and co-founder of Information Venture Partners, a Toronto-based venture capital firm. 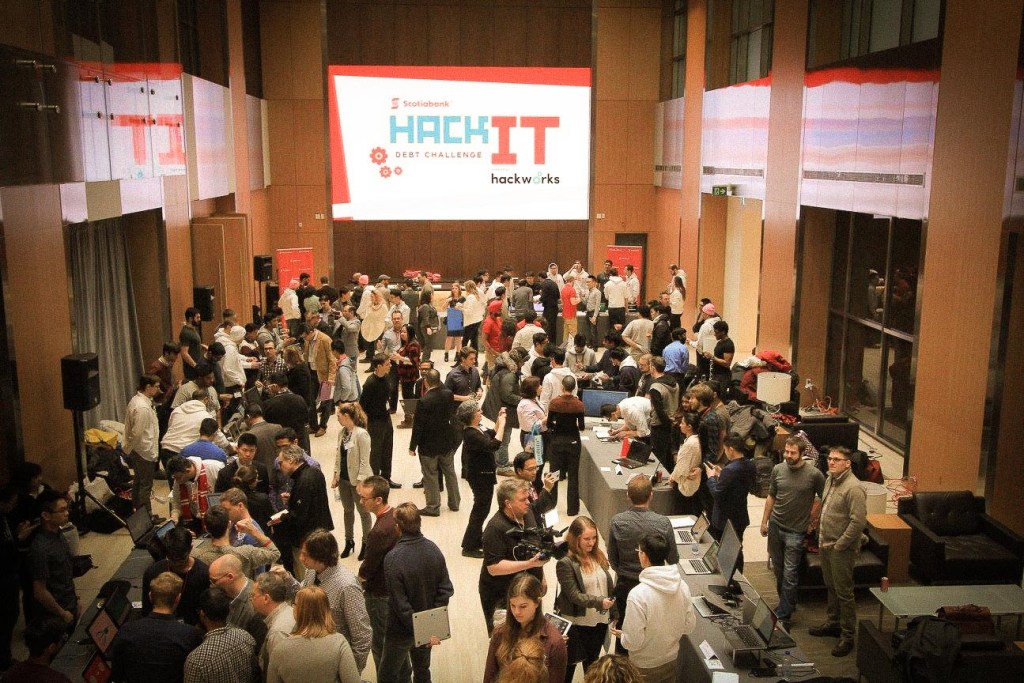 One way for big institutions to engage with the next generation of innovators is through grassroots meetups. Scotiabank recently delved into hackathons for the first time, hosting their Debt Challenge, where 100 coders and designers crammed into the bank’s boardroom for a 40-hour competition.

“I met my team for the first time in the conference room,” says Mohit Kishore, a 23-year-old computer science student at York University in Toronto. Kishore had been to hackathons before with Royal Bank of Canada (RBC) and coder meetups. “I prefer to work with new people,” he says. “Working with those you know doesn’t always produce new ideas.”

SCOTTY scored the team second place. Piggly, a Tamagotchi-like piggy bank where users have to spend real money to keep it alive, won the $15,000 grand prize. 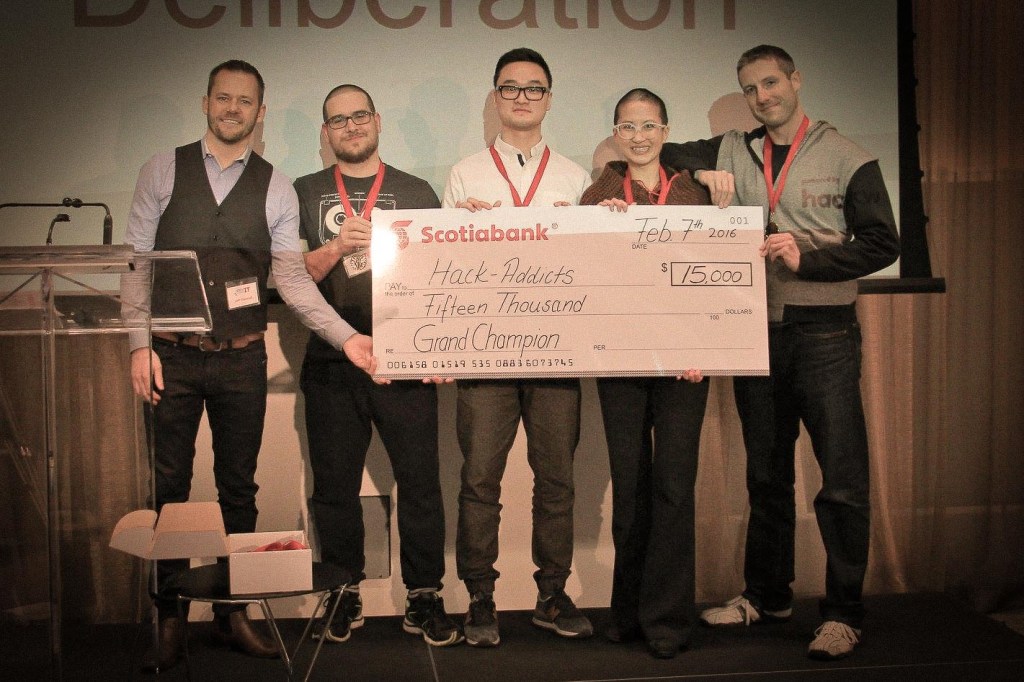 “One of the guys on the team saw a similar concept discussed on Reddit,” says Cassandra Hui of the winning team, who developed the idea in advance. Hui even sat down with credit counselors to figure out how to gamify paying off debt. They’re now in talks with Scotiabank over how to potentially implement Piggly through the bank’s Digital Lab.

Hackathons are one way Canadian banks can innovate but they still need to share ideas and be more aggressive, says Antoniades.

“What I like is that each big institution now has an innovation strategy,” he says. “We’re still seeing banks wanting exclusivity.

“Banks need to be able to make quicker decisions with a technology. But it’s only a matter of time before that changes.”

Are you a developer looking to innovate? Try IBM’s Bluemix for free for 30 days.