Incubator Connects Startups to AI
The public-private sector funding initiative may generate more than $410 million in investment and create up to 2,600 jobs.
TechPORTFOLIO Staff

Qualified Ontario tech startups hope to benefit from a new public-private sector funding program meant to help them use advanced computing technologies including artificial intelligence to grow their businesses. The program is part of the province’s efforts to create jobs and foster the development of globally competitive technologies.

The new IBM Innovation Incubator Initiative, largely funded by the Ontario government’s Ontario Centres of Excellence (OCE) and technology giant IBM, is expected to support about 500 small and medium-sized companies in the province. Ontario is putting up $22.75 million (Canadian) through the “Strategic Partnerships Stream” from its Jobs and Prosperity Fund, while IBM is contributing $24.75 million. Another $7 million will come from industry contributions, according to OCE, which says the money is expected to generate more than $410 million in private sector investment and create up to 2,600 jobs. 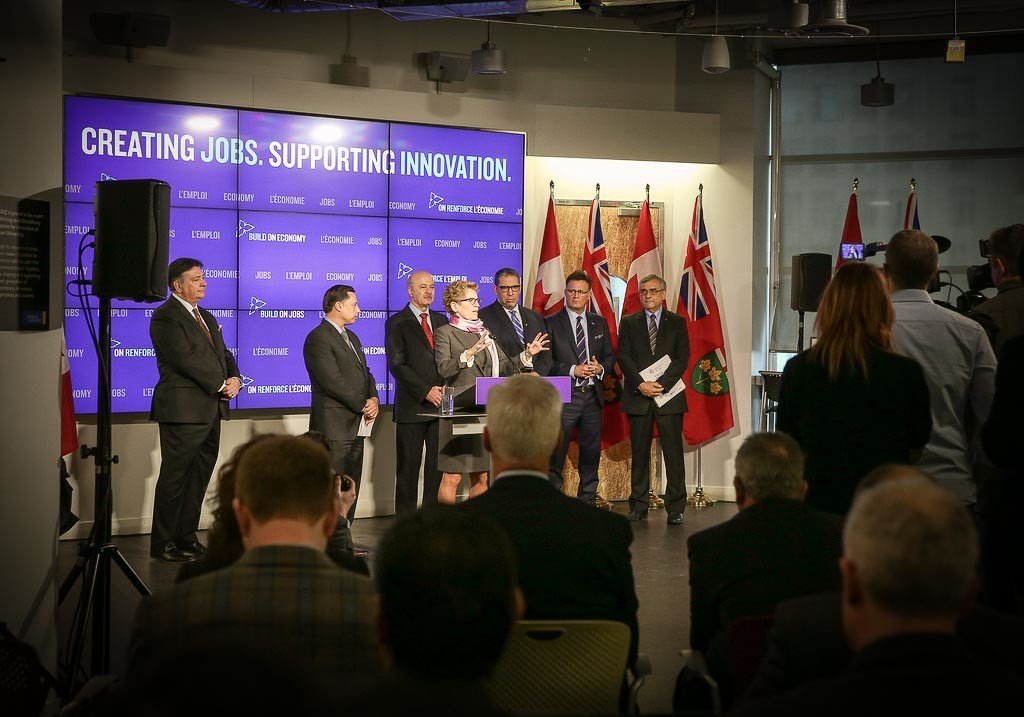 One business hoping to benefit is LifeLearn Inc., a Guelph, Ontario-based software company that provides veterinarians with instant access to medical research and information to better treat their furry patients. The platform, called Sofie, is powered by IBM Watson, an artificial intelligence system that uses natural-language processing and machine learning to derive insights from large amounts of unstructured data.

“A lot of startup entrepreneurs don’t necessarily have the background to develop really articulate business plans, so it’s hard to get funding,” LifeLearn president and CEO JamesCarroll says. “It boils down to access to capital to accelerate the growth process.”

LifeLearn sales have grown 30% annually over the past three years, and the company has added 24 jobs since it entered into a partnership with IBM in 2014, for a total of 64 positions today, according to Carroll.

While that’s already impressive, “If we had access to something like the [IBM Innovation Incubator Initiative] back then, we could have scaled that in 30 or 40 percent of the time,” Carroll says. That includes commercializing the product sooner and hiring even more staff.

“We have some pretty lofty goals with our Watson application,” says Carroll. One is to enable the Sofie program to interpret medical images, and not just text, as it does today.

With programs like the IBM initiative, Ontario hopes ventures like Carroll’s will scale up faster and strengthen its attractiveness to startup entrepreneurs and investors.