When Mark Andreessen of venture capital firm, Andreessen Horowitz, declared in 2011 that  ‘software is eating the world’, few predicted that banks – the bedrock institutions of economic activity – would be on the menu.

If Goldman Sachs is correct, fintech – which generally refers to “point solutions” created by startups to make payments, loans, and other financial transactions easier than what’s offered by incumbent banks –  could displace $4.7 trillion in revenue for financial services firms.

In Canada, fintech adoption is set to triple in the next year as startups like Wave and Trulioo unbundle banking services and products. In the U.S., Lending Club, one of the world’s largest fintech startups, has grown its loan portfolio rapidly since the San Francisco-based company went public in 2014.

Angela Strange, an Andreessen Horowitz partner said in a keynote presentation at the Canadian Fintech Summit 2016 at MaRS Discovery District in Toronto that 75% of millennials would rather go to the dentist than listen to a bank’s message, and prefer financial services from the likes of Google, Amazon, and PayPal over those provided by banks.

Other stats Strange highlighted: Half of millennials think all banks are the same, and two-thirds of them don’t have credit cards.

The term fintech originally referred to the back-end processes of setting up servers and software applications for the front-end of traditional banking institutions. The definition has since evolved to include any tech solution that provides a financial service or competes with the offerings of financial institutions.

As an indication of the scale of this industry, these services generate more than $200 billion in returns for a group of 25 large banks analyzed by consulting firm Oliver Wyman.

And the competition is ramping up. A recent KPMG report reveals a booming North American alternative finance market. Transaction volume soared to $36.38 billion in 2015, up 213 percent on year. 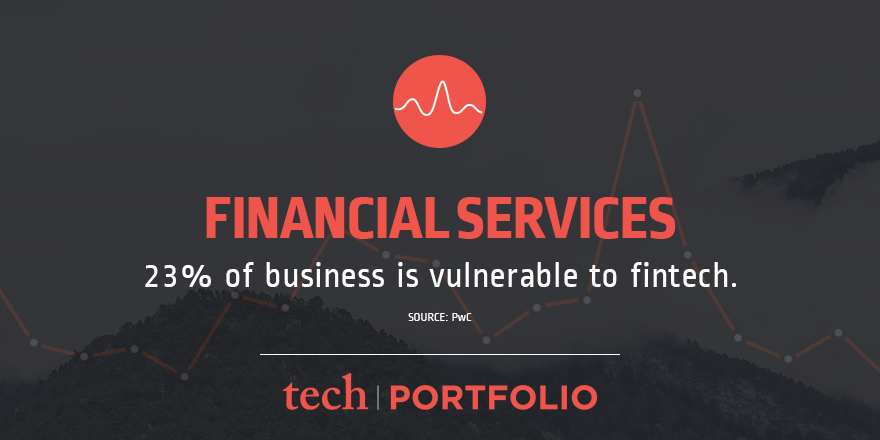 Moreover, senior executives in the financial services industry surveyed by PwC for a recent report say 23 percent of their business is vulnerable to further developments in fintech, and fintech founders say they’re targeting about a third of the incumbents’ business.

Another key insight from the Canadian Fintech Summit 2016 is that the future of money and banking is not a matter of big banks battling startups.

Established tech giants like Apple have entered the space with solutions like Apple Pay, and Samsung isn’t far behind. The future of money and banking will likely be a hybrid model that merges the distribution channels and trusted relationships forged by banks with the user-centric sensibility of startups.

Regulation and governance will continue to be concerns in the future. Strange may have said it best: “Fintech startups that will succeed in Canada are the ones that take regulations seriously. Think customers don’t care about anti-money laundering? You’ll end up in jail.”

Apart from shifting demographics and an evolving competitive landscape, other factors such as the use of digital currency and emerging technology will play a role in shaping the future of money.

Fintechs and big banks, for example, are both trying to determine how to adopt and govern blockchain, the structure that eliminates the need for a central clearinghouse to verify transactions.

Robo-advisors are expanding the fintech market, serving those who either do not want or cannot find a financial advisor.

Overall though, startups have the advantage in deploying innovations because they don’t need to work around legacy IT systems that aren’t easy to abandon because of the huge amount of data that becomes vulnerable in any migration. Meanwhile, millennials are looking for the easiest robo-advisors and automated savings apps.

Like hotels and publishers, the big banks have billions to lose if they don’t provide solutions that mobile-driven, brand-agnostic millennials want.