In the startup world, connections matter. And in Ontario, one key connection for entrepreneurs is university.

Early results from an ongoing survey by MaRS Discovery District and Endeavor Insight show that educational institutions are the strongest connecting hubs in Ontario’s entrepreneurial networks.

The survey is still live and taking responses, however, it’s clear that “many entrepreneurs appear to have attended multiple universities, likely one for their undergraduate degree and others for postgraduate studies,” says the MaRS Blog.

This is a map of the connections between entrepreneurs and universities: 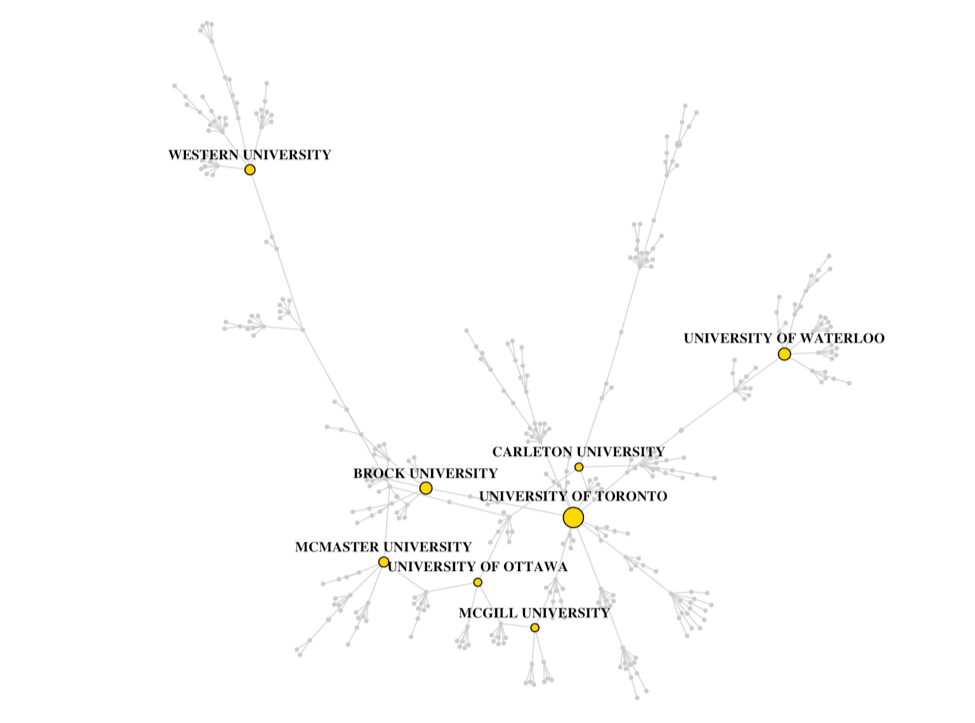 The ongoing survey is part of a project managed by the Global Entrepreneur Research Network that aims to map startup ecosystem connections in 100 cities in the next 5 years.

While previous surveys have focused only on cities, such as NYC and Cairo, this is the first to plot connections over a wide area, like Ontario.

MaRS is using this relationship data to inform best practices in startup mentoring, and will try to replicate the most important and valuable connections for its startups.

The research team says “in the current data, only 0.1% of the connections that could exist in the ecosystem actually exist.” To make sure they have the full picture, they have extended the deadline to complete the survey to the end of December.

Full results, including an interactive map covering the whole of Ontario, will be released by March 2017.

Click here to take the survey and add to the network. When results come out, you will be able to zoom in to see your own place in the ecosystem.