How do you create a movie trailer about an artificially enhanced human?

You turn to the real thing – artificial intelligence.

Fox wanted to explore using artificial intelligence (AI) to create a horror movie trailer that would keep audiences on the edge of their seats.

Movies, especially horror movies, are incredibly subjective. Think about the scariest movie you know (for me, it’s the 1976 movie, “The Omen”). I can almost guarantee that if you ask the person next to you, they’ll have a different answer.

There are patterns and types of emotions in horror movies that resonate differently with each viewer, and the intricacies and interrelation of these are what an AI system would have to identify and understand in order to create a compelling movie trailer.

Our team was faced with the challenge of not only teaching a system to understand, “what is scary”, but then to create a trailer that would be considered “frightening and suspenseful” by a majority of viewers.

As with any AI system, the first step was training it to understand a subject area. Using machine learning techniques and experimental Watson APIs, our Research team trained a system on the trailers of 100 horror movies by segmenting out each scene from the trailers. Once each trailer was segmented into “moments”, the system completed the following;

The analysis was performed on each area separately and in combination with each other using statistical approaches. The system now “understands” the types of scenes that categorically fit into the structure of a suspense/horror movie trailer. Then, it was time for the real test.

We fed the system the full-length feature film, “Morgan”. After the system “watched” the movie, it identified 10 moments that would be the best candidates for a trailer. In this case, these happened to reflect tender or suspenseful moments. 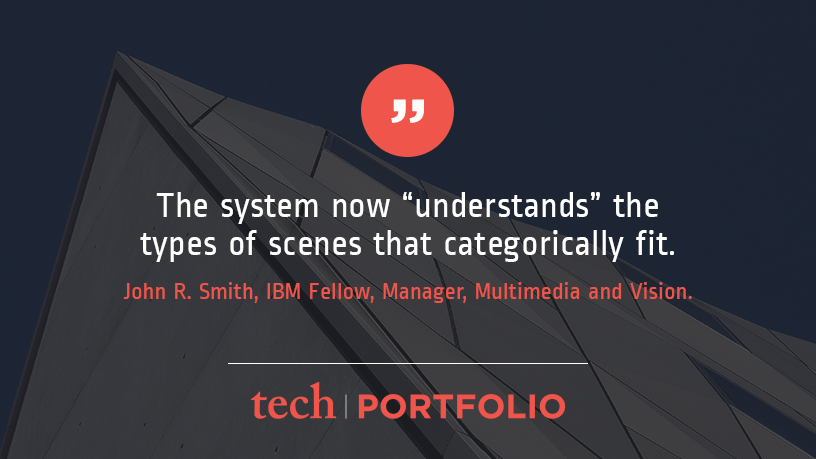 It’s important to note that there is no “ground truth” with creative projects like this one. Neither our team, or the Fox team, knew exactly what we were looking for before we started the process.

Based on our training and testing of the system, we knew that tender and suspenseful scenes would be short-listed, but we didn’t know which ones the system would pick to create a complete trailer. As most creative projects go, we thought, “we’ll know it when we see it.”

Our system could select the moments, but it’s not an editor. We partnered with a resident IBM filmmaker to arrange and edit each of the moments together into a comprehensive trailer. You’ll see his expertise in the addition of black title cards, the musical overlay and the order of moments in the trailer.

Not surprisingly, our system chose some moments in the movie that were not included in other “Morgan” trailers. The system allowed us to look at moments in the movie in different ways – moments that might not have traditionally made the cut, were now short-listed as candidates. On the other hand, when we reviewed all the scenes that our system selected, one didn’t seem to fit with the bigger story we were trying to tell – so we decided not to use it. Even Watson sometimes ends up with footage on the cutting room floor!

Traditionally, creating a movie trailer is a labor-intensive, completely manual process. Teams have to sort through hours of footage and manually select each and every potential candidate moment. This process is expensive and time consuming – taking anywhere between 10 and 30 days to complete. 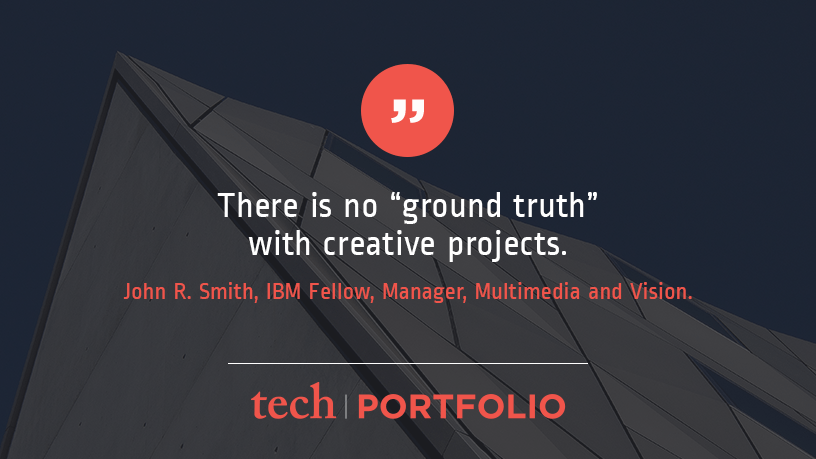 Reducing the time of a process from weeks to hours – that is the true power of AI.

The combination of machine intelligence and human expertise is a powerful one. This research investigation is simply the first of many into what we hope will be a promising area of machine and human creativity. We don’t have the only solution for this challenge, but we’re excited about pushing the possibilities of how AI can augment the expertise and creativity of individuals.

AI is being put to work across a variety of industries; helping scientists discover promising treatment pathways to fight diseases or helping law experts discover connections between cases. Filmmaking is just one more example of how cognitive computing systems can help people make new discoveries.

This story first appeared on the IBM THINK blog. John R. Smith is an IBM Fellow, Manager, Multimedia and Vision.