India has driven the growing Twitter conversation about startup ecosystems globally in the last 90 days, reflecting real-world discussions about the explosive growth of the country’s startup industry.

In 2015, Indian startups raised $16 billion in funding. As the economic value of healthy startup ecosystems becomes more clear, India will play a key role in telling that story.

There have been more than 200 million potential impressions and 29,849 mentions of startup ecosystems on Twitter. Take a look. 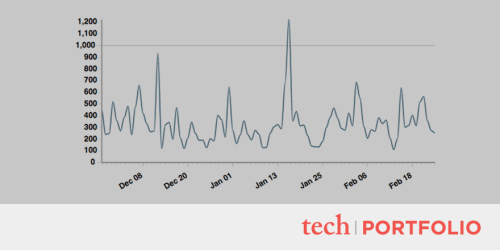 The big spike in mid-January was driven by a story from The Next Web about how India is one of the world’s fastest growing startup ecosystems.

What’s causing the rapid growth? Money, for one, according to the article:

From 2010 to 2014, according to the World Bank, the number of new businesses registered in India in a year has jumped by 51%.

In addition to the injection of foreign startup capital, this massive growth has also been fuelled by measures introduced by Indian Prime Minister Narendra Modi. In January of this year, Modi introduced a $1.5 billion fund for startups along with tax breaks for business owners and investors.

Besides India, the global startup ecosystem conversation on Twitter is talking about: geographic regions (Asia, Europe, Silicon Valley and Spain) and entrepreneurship as well as smaller conversations around funding and fintech. 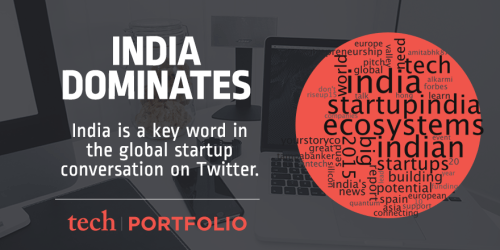 Other highly shared articles online about startup ecosystems include: