Startup entrepreneurs know going it alone is seldom a good idea. But a senior “team” with only one kind of speciality – be it engineering or product development – can be equally as difficult.

Sonia Strimban, manager of venture operations at Toronto’s MaRS Discovery District – an accelerator, said one of her first interventions when a company joins is to make sure the right blend of leadership is at the top. 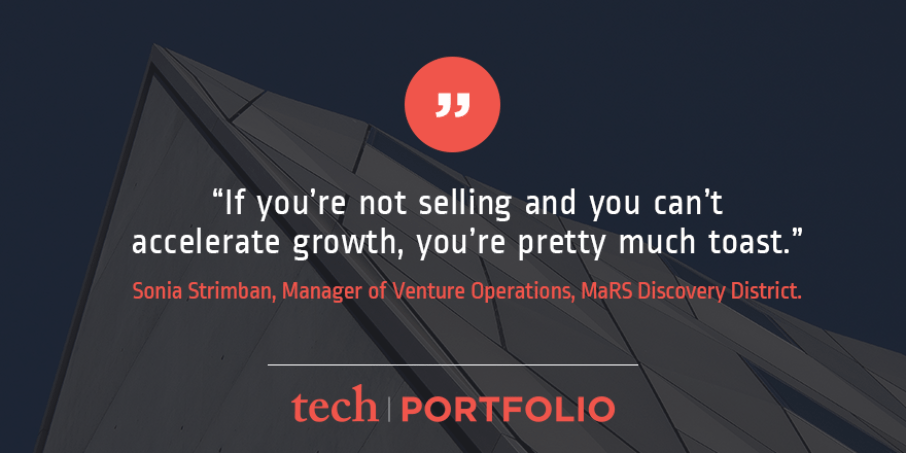 “You absolutely need a team,” Strimban says. “Nobody is going to give you money for an overdeveloped product without a business model.”

Strimban adds that it’s important to plan your leadership team for growth at different stages.

“At series A, typically, we see the most benefit in an executive in sales and marketing. If you’re not selling and you can’t accelerate growth, you’re pretty much toast. [You need] somebody who has revenue growth capability.”

This is particularly true now that VCs have pivoted away from startup unicorns in favor of the unstoppable cockroach.

Other investors concur about the risks inherent in single-person or unbalanced startups.

David Cohen, a co-founder and managing partner at Techstars Ventures, said in a 2007 blog post that he won’t rule out sole entrepreneurs, but holds them at a disadvantage. “Look for someone who compliments your skills,” Cohen said. “If you’re great at coding, find someone who’s great at selling or marketing.”

Location is a Factor

“The U.S. definitely has many layers of experience of people in robust urban areas,” explains Gregory Melchior, Founder/CEO of startup 4D Virtual Space.

Some areas such as Greater Boston or Silicon Valley have a wider spread of skills at founder level. “There seems to be a correlation between the top universities – institutions have a ripple effect – that allows for a robust labour force.” Melchior adds.

However, finding co-leadership you can trust is now almost as easy as swiping right. Sites such as FounderDating aim to bridge the leadership gap by connecting leaders with different and complementary skills.

And true to their word, these platforms screen applicants so their base doesn’t get top-heavy with engineers.