“Venture capital matters” dominate the Montreal tech startup scene, according to what the data shows around Twitter discussion from Canada’s second largest city: 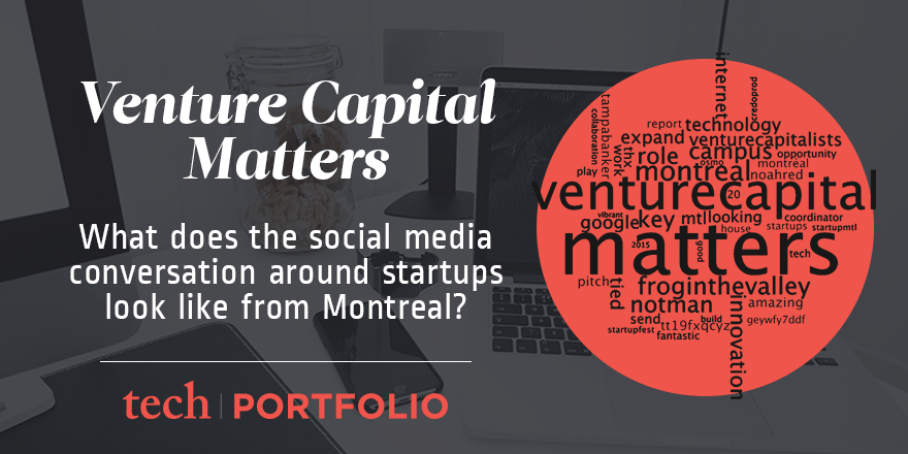 Notman House aims to contribute to Montreal’s startup ecosystem by “producing companies that contribute to the social, economic and cultural fabric of [Montreal] while shaping the future of our global society,” according to the organization’s website.

Opportunities to work at, or with, Notman House drive the social media discussion:

Notman House has a very international view to its place in the world, saying its vision is “predicated on the beliefs that not only do startups make cities great, but that great cities need great startups.”

Want a look inside Notman House? Here’s a 3D tour:

In addition to Notman driving Twitter discussion around the Montreal tech #startup scene, is one person: Sylvain Carle, a Partner at Real Ventures and General Manager of FounderFuel.

Known as “@froginthevalley” on Twitter, Carle has proven to be both a supporter of Notman House, and a driving force of Twitter discussion in Montreal recently.

Carle ranks as one of the more influential Twitter users talking about startups in Montreal, alongside MontrealNewTech, Montreal Tech Watch and Sebastien Provencher.

Want to browse through Montreal’s startup community? Here’s a start: