What Do You Call a Canadian Unicorn?
How does Canada differentiate itself when referring to startups valued at $1 billion or more? The narwhal.
TechPORTFOLIO Staff

The ups and downs of unicorn valuations have dominated the Twitter conversation around tech for much of the past year, both in Canada and elsewhere. How does Canada differentiate itself when referring to startups valued at $1 billion or more?

While this carnivorous whale – distinguished by its single tusk – is an actual creature as opposed to a mythical one, try to find someone who’s seen a narwhal in the flesh. The animal’s scarcity makes it an appropriate metaphor.

There have been more than 1.8 million impressions from 175 mentions by 124 users between October 31 and April 30. Here’s what the conversation looks like: 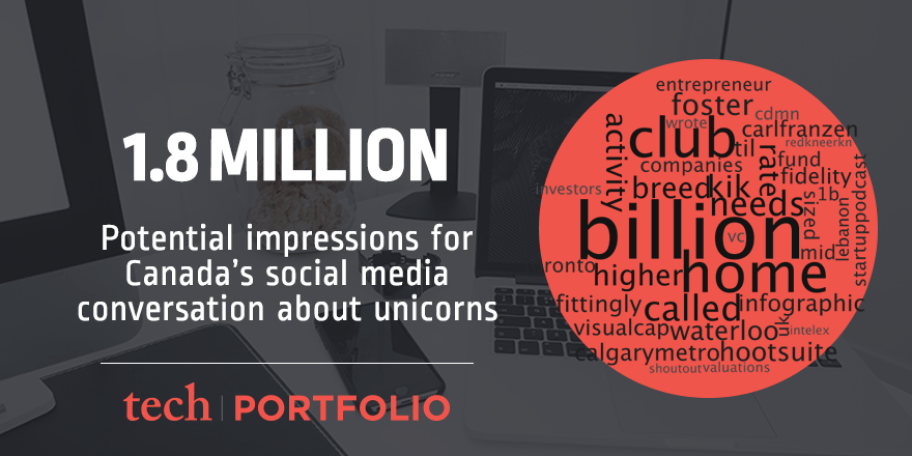 Narwhals Are the Unicorns of the North

TIL startup “unicorns” are called “narwhals” in Canada (fittingly) via #calgarymetro pic.twitter.com/fw3UQ9Sa5y

Carl Franzen, Online director at Popular Science, likely found that paragraph of text in a syndicated version of this story from the Canadian Press: Evolving B.C. Tech Startups Threaten to disrupt ‘dinosaur’ industries. Indeed, one of Canada’s most famous narwhals is Vancouver, B.C.-based Hootsuite.

Who are the other narwhals? Check out Visual Capitalist’s handy infographic from October 2015:

Unicorns haven’t been completely sidelined in Canada, though. The unicorn conversation often includes talk of venture capital. One example is this tweet from Startup Canada, which appears in the Twitter conversation:

The episode featured here is an interview with David Nault, a principal at  iNovia. You can listen to it here:

VCs are not only talking about the industry on podcasts. Another story that bubbled up in the Twitter conversation was this PE Hub Network’s article on 2016 predictions for Canadian tech startups and venture capital.

Written by Jim Orlando, the piece explores IPOs, virtual reality and augmented reality, and an increase in activity from U.S. venture investors.

For more on startup monikers, check out our piece here on how the cockroach crawled into tech sector parlance.