WIRED: Magic Leap Stands Out Among Giants in the Artificial Reality Race
The Florida-based company has strong backing, but it faces a tough challenge as the world's tech giants fund their AR products.
Maheen Zaidi

Artificial reality is making waves throughout the tech industry, and Magic Leap has made one of the biggest splashes in terms of financing. The company has secured what may be the largest C-round in history: $793.5 million. 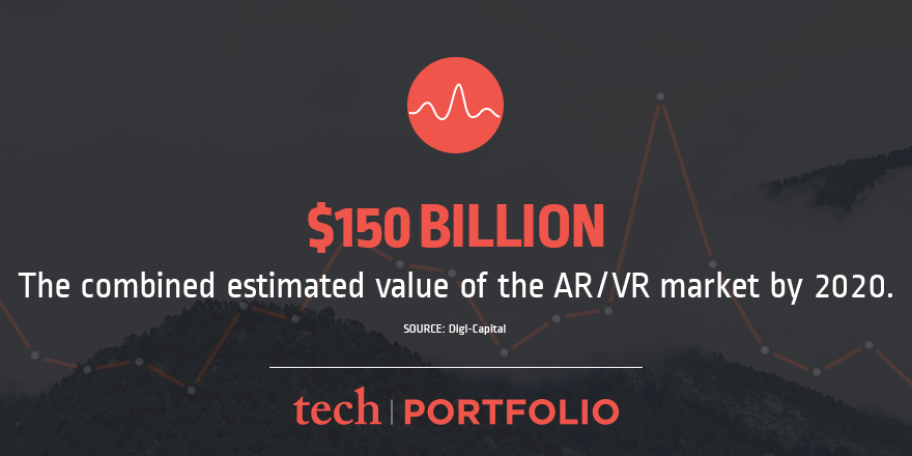 Fort Lauderdale, FL-based Magic Leap will need to spend wisely to compete with the tech giants of the west coast and Asia.

By 2020, the augmented and virtual reality markets are expected to be worth about $150 billion. This is creating hardware and software development opportunities for startups in just about every industry and facet of life, from film to education to day-to-day office administration.

But the potential applications could spill over combine with other emerging technologies. As we enter virtual worlds, the demand for IoT devices and smart-connected spaces could increase. The combination of virtual space and IoT tools has the potential to revolutionize industries such as skilled trades, healthcare, and tourism.

As startups plan for the future, it is worth considering if virtual reality will disrupt their business and how technologies like Magic Leap might impact them. Until Magic Leap unveils what it’s hiding, the true extent of its impact can’t be measured, but until then, it doesn’t hurt to imagine.

The Way Forward: Tech and Developer Stories That Defined 2016 and Will Shape 2017
5 Reasons 2017 Will Be A Transformative Year For Tech
Top 5 Tech Stories of 2016