If the blockchain ends up dominating the financial services sector as much as it’s dominating on Twitter, banks are in trouble.

Looking at the global fintech conversation on Twitter, blockchain — a technology that has the potential to destroy banking as we know it — leads the way, even ahead of bitcoin. But there’s another fintech trend creeping into the conversation that might be getting lost in all the noise: mobile banking. 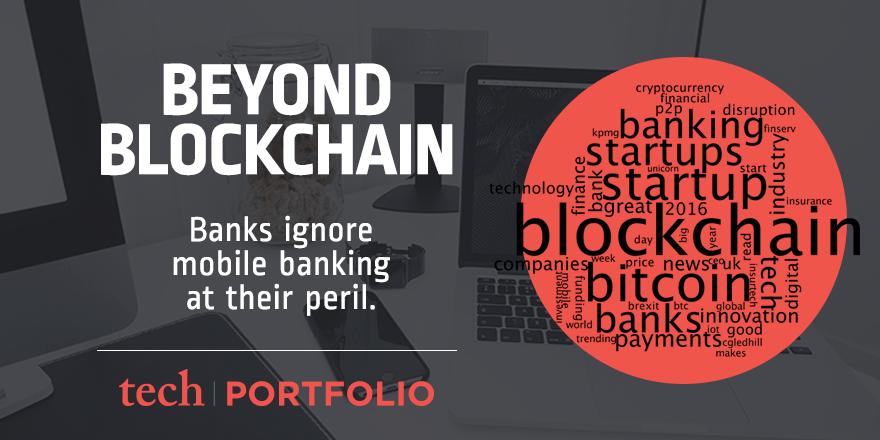 Though the topic shows up in our global analysis on Twitter, it’s especially popular in Africa, where mobile banking is the norm.

According to data from the World Bank’s Global Financial Inclusion Database, mobile banking is most popular in Botswana, where nearly half of residents with a financial account have reported making a mobile banking transaction.

Mobile banking use is only likely to grow. Sub-Saharan Africa will add more than 400 million new smartphone connections by 2020, according to GSMA Intelligence.

What does this mean for mainstream financial services in Africa? Be afraid. More than one-third of revenue could be at risk, according to Accenture.

Founder and CEO @mattflannery told TechCrunch that Branch’s free-to-download app is a “branchless bank for the next generation.

“…I’m building this with the intention that it will serve everyone much the way that Twitter started out as a thing that people used at South by Southwest, but ended up playing a big role in the Arab Spring,” he said.

Blockchain may be hogging the headlines, but mobile banking has enormous potential to impact lives in Africa.