AI and Big Data: The Next Frontier of Fintech
Artificial intelligence is transforming financial data, and startups like Bigterminal are leading the charge.
Maheen Zaidi ● July 27th, 2016

Data analytics is becoming a cornerstone of the financial industry, with startups and established financial service firms looking to give investors clearer guidance with information collected and captured from multiple sources.

AI-powered data analytics not only captures vast amounts of data in real-time, but also helps users understand how different data points relate to each other, providing insights that might otherwise be lost. Faced with a breakdown in brand loyalty as younger customers prioritize user experience, financial services are now racing to leverage data-driven cognitive technologies. 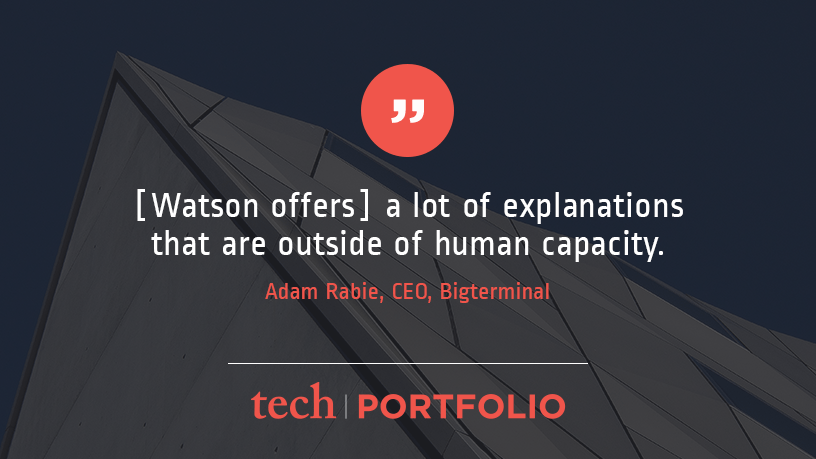 “Data is the lifeblood of AI,” Falguni Desai of Future Asia Ventures wrote in Forbes recently. Desai quotes Adrian Lawrence, partner at Baker & McKenzie, in saying: “data and the various rules and processes which both enable and regulate access to and use of that data, stand at the heart of disruptive fintech businesses.”

“With predictive analytics, we are in a better position to ‘know the consumer,’ ‘look out for the consumer’ and ‘reward the consumer,’” he writes, “learning from previous experiences and predicting future behaviour.”

Bigterminal CEO Adam Rabie says advances in machine learning are allowing fintech platforms like his to do more for their customers.

Powered by IBM Watson, Bigterminal’s solution curates, consolidates, and analyzes financial data from markets, social media, and other sources. The company’s target market includes researchers, analysts, and traders as well as big banks and insurance companies. Bigterminal’s app can be used to conduct research, generate hypotheses, and make decisions based on significantly more data than what financial analysts traditionally use.

Leveraging IBM Watson’s cognitive technology has allowed Bigterminal to do what was previously unthinkable, Rabie says.

“Our machines are computing hundreds of thousands of stories a day, millions of tweets, and trillions of financial data points,” he says. “If it can be smart at finding the anomalies and the connections between them, it can deliver a lot of explanations that are outside of human capacity.” 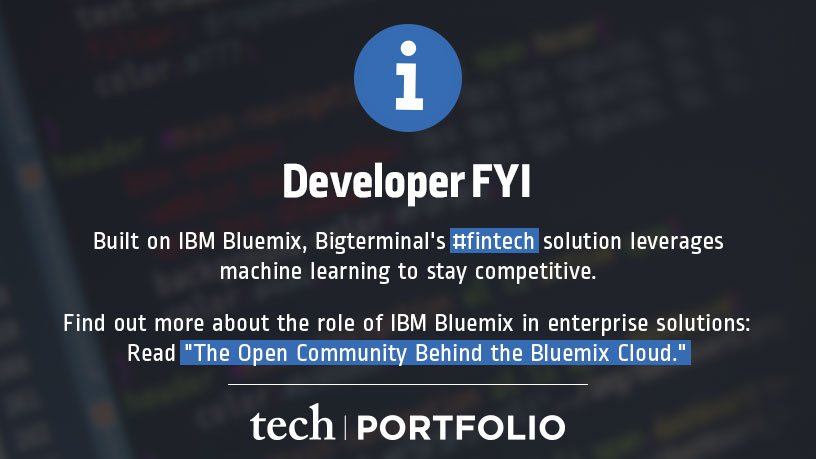 Improvements in cognitive technology, such as relationship analysis and language comprehension, will expand the possibilities for data analytics in finance and banking. As fintechs bring this functionality into their services, they will continue driving disruption in the financial world.

For a free trial of IBM Watson Analytics click here.