As hackathons proliferate, the value of winning one declines.

That is, unless you turn your winning hack into a startup that attracts $2.5 million in seed funding, as Kiwi Wearable Technologies co-founder and CTO John David Chibuk did. The first iteration of Kiwi’s technology, a heart rate sensor app, was the result of a victory at AngelHack Toronto 2013.

Kiwi produces intelligent motion capture technology that analyses speed, direction, angle, and torque. The company is targeting developers looking for an easier way to integrate these functions into a variety of products.

“We found there were a variety of different products on the market that all offered a form of step counting, or different types of motion classification,” Chibuk says. “However, the software was not available for other developers or people who actually wanted to make a product.” 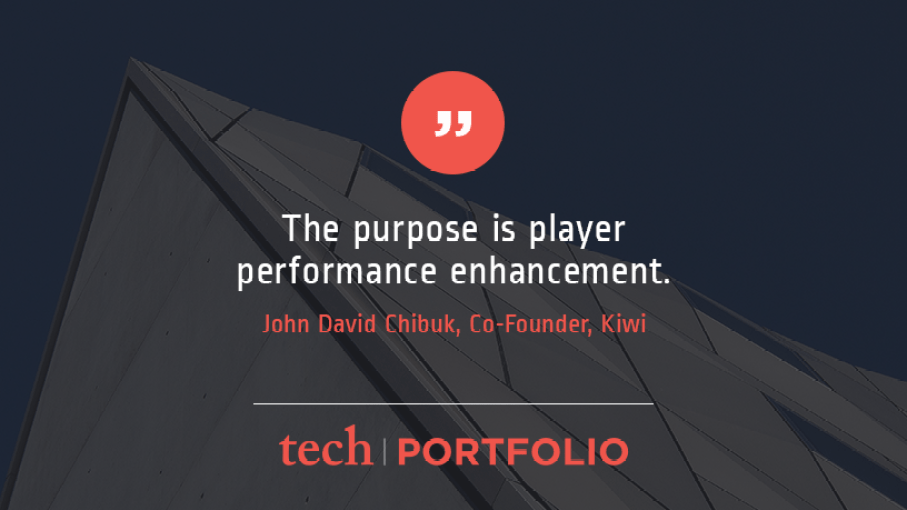 The device accepts development on several platforms. SDKs are available for iOS and Android, as well as for open-source electronics platform Arduino and JavaScript.

Kiwi aims to form partnerships, completing pilots for consumer and industry applications with potential use cases in sports, healthcare, and in the industrial internet of things. Pilot projects so far include integration of sensors on forklifts at a car parts distribution center.

“The aim for this pilot was to determine down time optimization – when there is a piece of equipment not being utilized, and to improve the floor workers’ schedule,” Chibuk said.

To test in the sporting arena, Toronto-based Kiwi picked lacrosse, the national summer sport of Canada, and worked with Silicon Valley-based sports wearable technology startup Snypr to capture movement of lacrosse throws and see how players’ forms developed and improved over time.

“The purpose is player performance enhancement, to see the nuances in their movement,” says Chibuk. “They can undergo different training schedules and see when they’re performing best, or when they need to alter their routines to perform better.”

Kiwi Wearables was also part of the Cannes Lions Innovation Festival 2016. Soccer players wore wristbands that recorded each kick and touch of the ball. The data was processed by Watson, and donations to charity were made for each movement.

And Kiwi has strong support in other respects. FounderFuel is Kiwi’s main seed investor, and the company counts GoInstant’s Jevon MacDonald as an advisor. MacDonald gained prominence in Canada for selling Golnstant to Salesforce in 2012 for a reported $70 million.

IBM Bluemix is an integral connector in Kiwi’s technology. The cloud platform “allows for a lot of variety of APIs to be integrated quickly together,” Chibuk explains. “There’s a good methodology for distribution and hosting applications.” The device sends the recognition events to Bluemix, storing them and interfacing with an online presentation layer for clients.

One key aspect of Kiwi is the importance of accurate motion data at source. The more that data is converted and its format is changed, the more the quality degrades, particularly if the data is being captured in real time. Everything is classified on the device.

Developing for industry and the consumer market means different emphases. For the former, accuracy and high performance; the latter, keeping the cost of the parts down. “It’s the same mathematics, it’s just what’s computationally available in each of the use cases,” says Chibuk.

Kiwi aims to launch its first developer-focused product by the end of this month.

To apply to the IBM Global Entrepreneur program, click here.