To scale a tech startup, companies need to manage a complex set of variables: Finding product-market fit, getting funded, finding customers, hiring, being better than the competition, and a slew of little things in between that need to be managed to keep a company out of the deadpool.

To determine what’s currently on the minds of Canadian tech entrepreneurs, we looked at conversation and social media activity around one of the county’s most established tech publications, Techvibes. 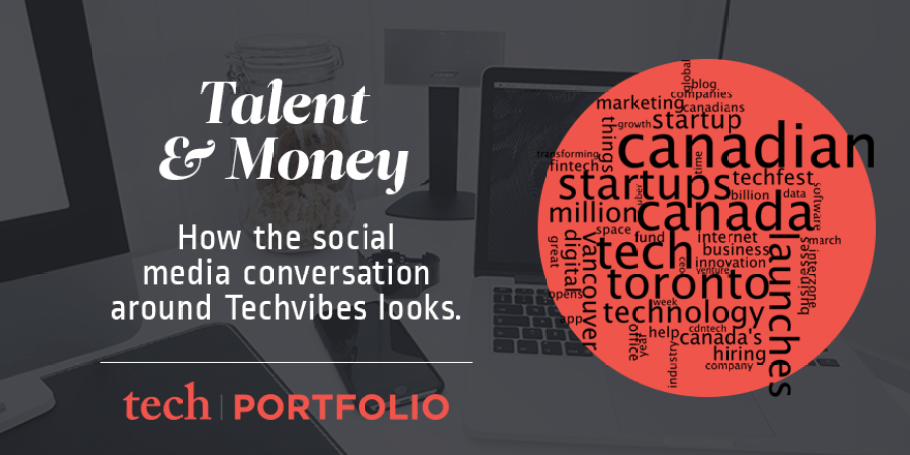 Techvibes hosts a semi-annual event called Techfest, which underscores the importance of hiring. The networking event attracts more than 1,000 attendees and culminates in a series of 2-minute pitches by CEOs, founders and tech executives meant to attract the best employees.

The next event takes place May 25 in Vancouver and some of the companies pitching for talent include Clio, BroadbandTV, and Unbounce.

The hiring and jobs discussion around Techvibes is also being fuelled by this article by Kerri-Lynn McAllister:

How to Hire for a Startup via @techvibes https://t.co/2g5x9a5BpQ pic.twitter.com/eauHyXzB9G

For more about the importance of skill sets among startup teams, read our report on the “leadership gap.”

Startups follow the money. They also tweet about it. Among the most retweeted articles from Techvibes in the last 90 days:

Venture capital gets more Twitter love, as data shows VC is at its highest level in more than a decade:

The top 5 hashtags most often used alongside Techvibes’ articles: