Numbers Still Don’t Add Up for Women in Tech
Tech startups might be creating jobs and knocking down barriers, but when it comes to gender equality in leadership, the industry has barely evolved.
Angela Misri

We’re leaning in as far as we can and the numbers still don’t add up.

More women are graduating from North American Universities with business and technology degrees than ever before, and yet when you look around at the industry, men continue to dominate from cubicle to boardroom to podium.

The male skew persists despite findings from multiple studies showing better financial performance among firms with more gender-equal C-suites. If any industry should respond to studies like these, it’s the data-driven tech sector.

But the shift is still not happening enough.

“Often times as a woman developer in the startup world, it can be lonely,” says Julie Haché, a long-time developer who currently leads Shopify’s onboarding team. “Starting out, it affected my confidence, especially in those smaller companies as a junior developer.” 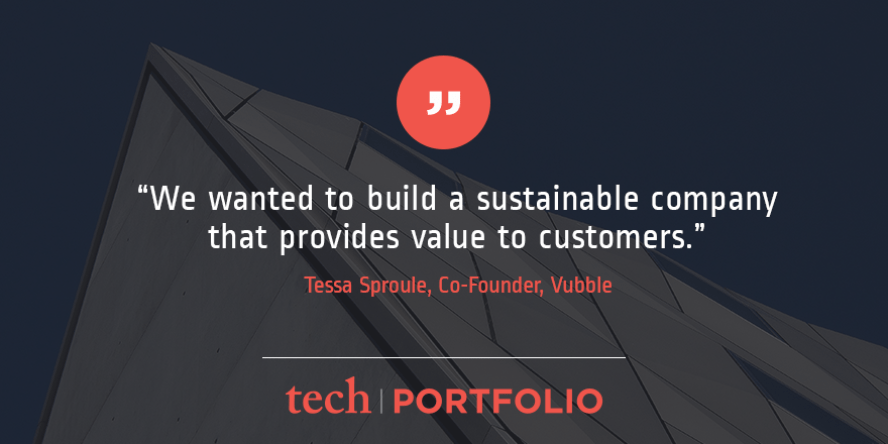 It’s been a few years since the hard data started coming out from companies like Facebook, Google and Dell that put actual numbers to the stereotype that the tech industry is still very much a boy’s club.

The number of women in the tech workforce still hovers around 30 per cent mark despite internal and external initiatives. That number gets even smaller when you look inside the boardroom, as the Korn/Ferry Institute did in 2013. They found that in the top 100 tech firms, only three women were CEOs, and only three chair the boards they are on.

Julie Steiner is one of those few female CEOs. She founded Percy3D, a video personalization platform that allows people to insert messages and photos directly into video. 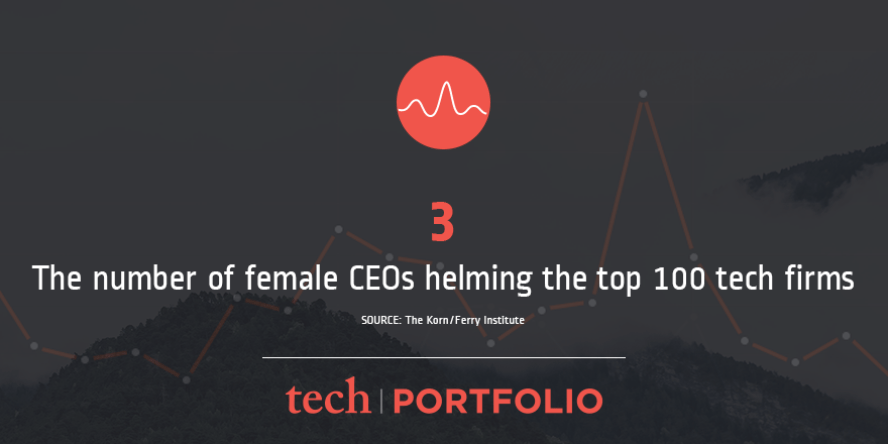 “I’m used to being the only girl in the room,” says Steiner, “I’m used to bringing my VP of Operations, who is a wonderful guy who is about 10 years older than me, to meetings and people immediately talking to him, assuming he is the boss.”

When Vubble’s co-founders made their first inquiries into the venture capital world, they found that same attitude and purposefully pushed away from it. Vubble is an Ontario start-up that curates video playlists for people, brands and organizations. “It’s a lot of middle-aged people with a lot of bravado, just based on my limited experience,” says co-founder Tessa Sproule,

“We didn’t spend much time in that space because it didn’t feel right for us. It felt like it was more of ‘How can you make the most money you can and then what’s your exit plan?’ Meanwhile, we wanted to build a sustainable company that provides value to customers. We didn’t match up.”

Step outside the office and that disparity is reflected at conferences and in schools and universities.

“Attracting more women to the STEM (Science, Technology, Engineering and Math) disciplines is key, and then keeping them there, keeping them engaged and excited is so important.” says Dr. Diana Parry, associate professor and campus lead for the University of Waterloo’s HeForShe campaign. “We need to put measures in place to ensure that diversity because it’s not happening naturally.” 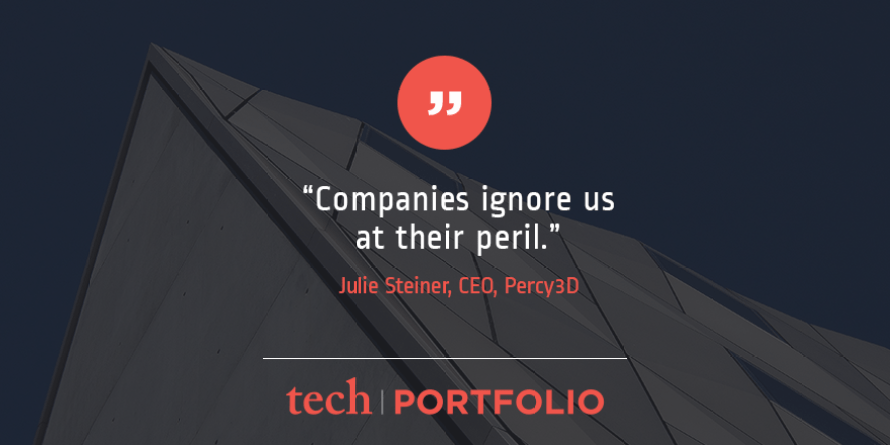 Dr. Parry cites a few reasons for the dearth of women in STEM, some that start as early as childhood with the parents’ influence, and some that don’t happen until a woman is in the workforce and finds herself alone, unsupported and without mentors.

A 2012 randomized, double-blind study cited in a Harvard Business Review report helps to reveal the challenge women in STEM face in the workplace. Researchers gave science faculty the application materials of a fictitious student randomly assigned a male or female name, “and found that both male and female faculty rated the male applicant as more competent and hirable than the woman with identical application materials.”

“It’s not just about bringing women into the space, it’s about working collectively,” Dr. Parry says. “Gender issues aren’t women’s issues, they are everybody’s issues. We need to engage men in the conversation as much as women. We need to open up the dialogue, review good gender equity, and highlight inclusive workplaces.”

Mohammed Asaduallah created the twitter account ‪@womenandcolor‪ to track that disparity, both for women and people of color in the tech industry at large. Every tweet from the account quantifies the reality of representation on panels and at conferences in Toronto.

“I started the account because I wasn’t seeing myself or the people I work with up on those stages at conferences,” says Asaduallah, a Product Manager & Digital Producer at Format.com. “Diversity of voices makes a stronger company,” he says, an opinion repeated by many others in the tech industry.

A now famous study released by the Peterson Institute for International Economics, found that firms that started out with no female leaders had a 15 percent increase in revenue when they increased female representation by just 30 percent. The study surveyed 21,980 firms from 91 countries to conclude that hiring women into leadership positions improved both the performance of the company and the revenue taken in.

They aren’t the first to make such a claim. In 2015, the McKinsey Global Institute estimated that “a ‘best in region’ scenario in which all countries match the rate of improvement of the fastest-improving country in their region could add as much as $12 trillion, or 11 percent, in annual GDP in 2025.”

Achieving that kind of parity in the industry has to start all the way back with parents, says Dr. Parry. “There’s a lot of research that demonstrates that around STEM that we don’t just need to change girls and young women’s perceptions, but also the parents perceptions because they have a huge influence in terms of what their daughters pursue in their academic careers.” 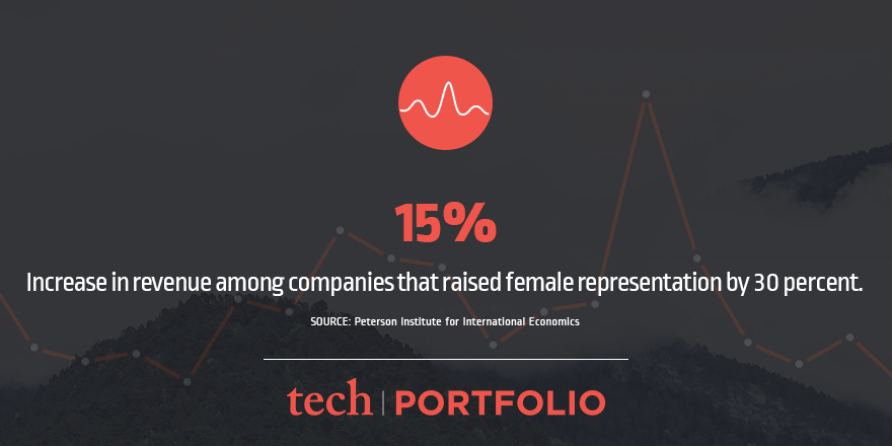 Once that pipeline is delivering more women into the industry, it’s the responsibility of everyone, of every gender to make sure they feel welcome and that starts with role models and mentors, something Julie Haché has been thinking about more and more.

“I’ve been thinking about is going back into engineering more in a leadership role because I think we need more role models, there’s not enough women in leadership at all in technology.”

“The only conference I’ve been asked to speak at was BlogHer,” says Julie Stein, reflecting Mohammed Asaduallah’s real-time tracking of women asked to speak on panels and at conferences, something he encourages others to take notice of and change.

“Companies ignore us at their peril,” says Steiner of the lack of women in the tech industry, “It is a colossal waste of talent.”

Taking Strides Toward Gender Diversity in the Tech World
Propelling Tech Industry Success For Women: The Right Funders and the Right Insights
The Millennial-Startup Equation That’s Drawing Investors In