Progress for Women in Canada Doesn’t Show up in Tech
Fewer than 15 percent of venture capitalists in Canada are women. Meanwhile, women hold one-third of senior management positions overall in the country.
Angela Misri

“Most of the people making decisions about venture capital are still men,” Julie Steiner, CEO and founder of Percy3D explains. “As a result, I know many women in the startup tech industry here in Canada who have struggled to get venture capital.”

Steiner is one of the lucky ones. She has an angel investor for her personalized video start-up, and has not had to go the VC route.

Venture capital investments for Canadian companies hit a record high in the first quarter of 2016 according to the latest report by the Canadian Venture Capital & Private Equity Association, nearly doubling 2015’s Q1 numbers. Of 40 confirmed speakers at the industry association and advocacy group’s recent annual conference, less than 30 percent are women.

In a country where the prime minister has made a concerted effort to equalize the genders in his cabinet and restructure government ministries to link innovation, science and economic development, the continued gender imbalance in tech stands out. 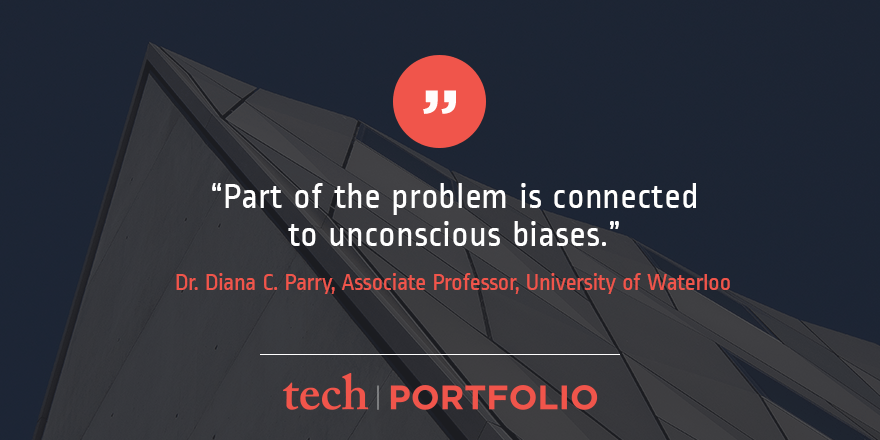 The connection between the gender of the VC and the gender of the person looking for financial support is important, according to Dr. Diana Parry, an associate professor and campus lead for the University of Waterloo’s ‘HeForShe’ campaign. “Part of the problem is connected to unconscious biases, the biases that people bring to the table that they are unaware of.”

The ‘HeForShe’ campaign is a global initiative launched by UN women and seeks to engage males in the fight for gender equality on many fronts. In early 2015, University of Waterloo’s President Feridun Hamdullahpur accepted an invitation from the campaign to participate in their Impact 10x10x10 framework, a pilot project involving universities, governments and corporations.

“It’s sometimes just a matter of like investing in like,” says Cathy Connett, one of five women managing the Sofia Fund – an angel investment fund in the U.S. that aims to get more women investing in startups.

“One of our potential investors actually asked us how many of the companies we invested in before establishing the Sofia Fund were women-led. Out of curiosity, we went back and looked at the data and found that out of our 37 personal investments, 52 per cent were women-led. As private investors, the five of us had not purposely set out to invest in women-led companies, but we had, which supports that whole like-invests-in-like idea.”

It’s not just women who recognize the value of female leadership in tech. 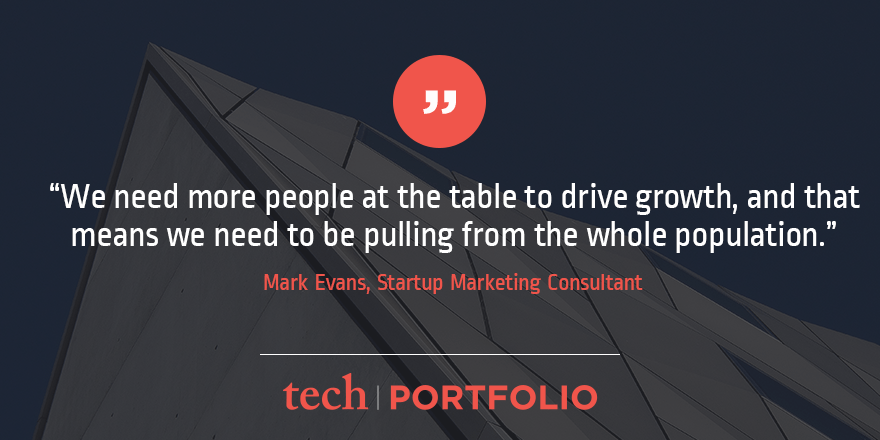 “I’ve worked with both female and male entrepreneurs, and in terms of skills and experience, there’s no differences between them. This level of entrepreneurs are driven, focused, visionaries,” says Mark Evans, a start-up marketing consultant with 20 years of experience in the industry.

“One of the realities of dealing with venture capitalists is that it’s all about the money. A lot of them want to nurture and support entrepreneurs, sure, but at the end of the day, they are investing to make a return for their investors. Whether you’re a man or a woman, that’s the way the game is played.”

“A lot of the time, it comes down to the fact that women aren’t asked ‘to play,’ in both the venture capital and angel investment worlds” says Connett, “you have to make an effort to reach out to women, and when you do, you see results.”

Evans says that change can’t come too soon. “Canada really needs to double-down on becoming an innovation-driven economy, we need more people at the table to drive growth, and that means we need to be pulling from the whole population rather than just half of it.”

Taking Strides Toward Gender Diversity in the Tech World
Propelling Tech Industry Success For Women: The Right Funders and the Right Insights
The Millennial-Startup Equation That’s Drawing Investors In