Startup Culture Means More than Free Snacks
Photo: #WOCInTech Chat
The culture of a successful startup depends on picking the right people to help it grow and scale
Quin Parker

Forget the free snacks, games room and in-house masseuse. What attracts top talent to tech startups is an environment that will allow for unconventional approaches to problem solving.

In other words, a culture of creativity.

And creativity shouldn’t be limited to a startup’s founders or designers. Richard Florida, who popularized the idea of the “creative class,” says creativity should reach into the ranks of developers.

“A large share of programmers are being paid to think – to a higher degree than what people in non-creative jobs are,” Florida and Professor Charlotta Mellander at the Martin Prosperity Institute said in an emailed response to questions. Math and programming make up eight percent of the creative class – “a relatively small (but yet important) share,” they added.

As the money backing startups shifts to artificial intelligence and machine learning, developers will need to be more integrated into the problem-solving schematic rather than being mere taskmasters. 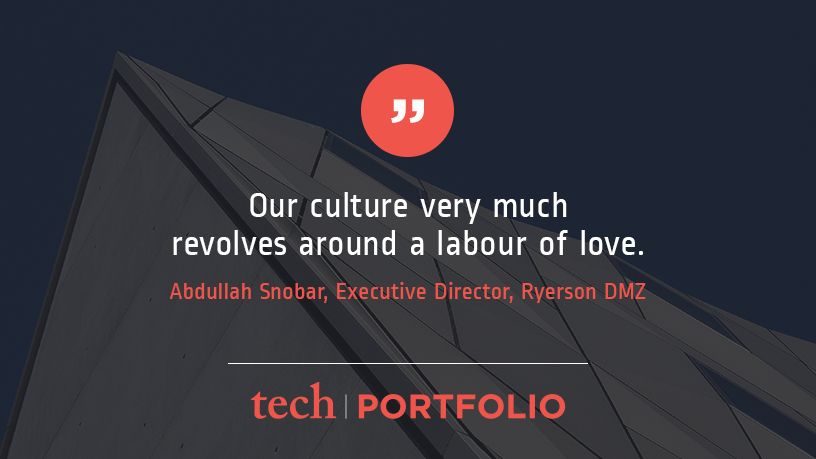 According to TechTarget, startup culture is a “workplace environment that values creative problem solving, open communication and a flat hierarchy,” which contrasts with the top-down approach and rigid mission statements of traditional corporate culture.

So how does a startup attract the subset of creative developers who thrive in this kind of environment? Many look for the right staff not by competing with highly-paid big-name employers such as Facebook or Google, but by enticing candidates with an inside look at their organizations’ people and practices.

The Ryerson Digital Media Zone (DMZ), a Toronto-based co-working and accelerator space for digital media startups, helps to build culture in the companies it hosts through creative activities, mentorship and collaboration.

“Our culture very much revolves around a labour of love,” Abdullah Snobar, executive director of the Ryerson DMZ, told TechPORTFOLIO. “Time and time again, we’ve actually said no to companies who came on who had unbelievable products and services, and horrible teams. We want to make sure that we bring on people that complement the culture.”

“One of the things I work on is trying to be clear about company culture and job roles,” Squarespace founder Anthony Casalena told TechRepublic.

It’s no surprise then that Squarespace has grown to more than 500 employees and has raised more than $78 million in venture capital funding.

And Qumolo, a growing and successful Seattle-based data storage startup, takes this one step further. To recruit, it flies in graduating system developers from the University of Illinois at Urbana-Champaign for a catered company tour, product demos, and a guided city break. As recruiting manager Emily Rosok told the Seattle Times: “Really, we are very culture-centric.”

In the 14 years since Florida developed his thesis about the creative class, talk about the importance of foosball tables and other fun distractions have persisted, and problems can become particularly acute when everything is just for show. 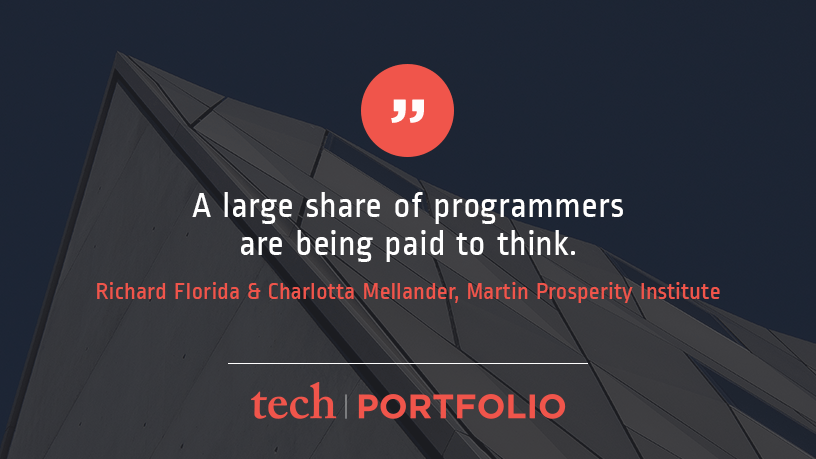 Dan Lyons’ book Disrupted describes a perspective from inside CRM and sales software company HubSpot. Lyons paints a picture of a Montessori preschool office where newly hired developers are taught “aspirational” but vague mantras like “1 + 1 = 3.”

The founders created “a mythology that attempts to make the work seem meaningful,” says Lyons. The nerf gun fights and a nap room appear to belie the actual culture, which Lyons reports as being sweatshop-like, and prone to random acts of arson and sex. (Lyons is now a writer for the HBO show Silicon Valley.)

To be genuine, culture has to be aligned with executive values. “If you’re trying to figure out what a company’s values really are,” explains Rand Fishkin, CEO and founder of Moz, “look at the decisions management makes when lots of money, risk, or loss of face for executives is at odds with the stated values.”

In a startup, hiring team members counts as a critically important decision. “I think culture always starts with people,” says Snobar. “It’s always the kind of people that you bring on, and that you have around you.”

And culture can make or break productivity, the driver of success. “When you love something you’re always going to do it no matter how, how difficult it is, or how hard it is. You’re always going to put more energy into it because you’re passionate about it,” says Snobar.