Toronto Diversity Strengthens the “Cockroach Nest”
As the world’s most diverse city, Toronto offers ideas that can give a startup an edge in going global.
Quin Parker ● May 25th, 2016

Toronto was recently named the most diverse city in the world, and this status might help to explain the success of companies like Wattpad and other startups that have helped form the city’s cockroach nest.

A study by the BBC says that while Dubai has 83% of its population hailing from abroad, Toronto has a far wider spread of nationalities – 230 in all – so wide that it took one artist a year to find and photograph one person from each of these countries. Why Diversity Matters, a report by management consulting firm McKinsey & Co. reveals a strong correlation between diversity and financial success: companies in the top quartile for racial and ethnic diversity are 35% more likely to have above average returns.

Chris Arsenault, managing partner at iNovia Capital, says that companies that prize diversity within their own culture make better hires and have more fully engaged employees.

“As a diverse workforce understands and relates to its customer base, it can also serve to drive innovation, being better equipped to design and develop products and services that meet the needs of a diverse market,” he adds. 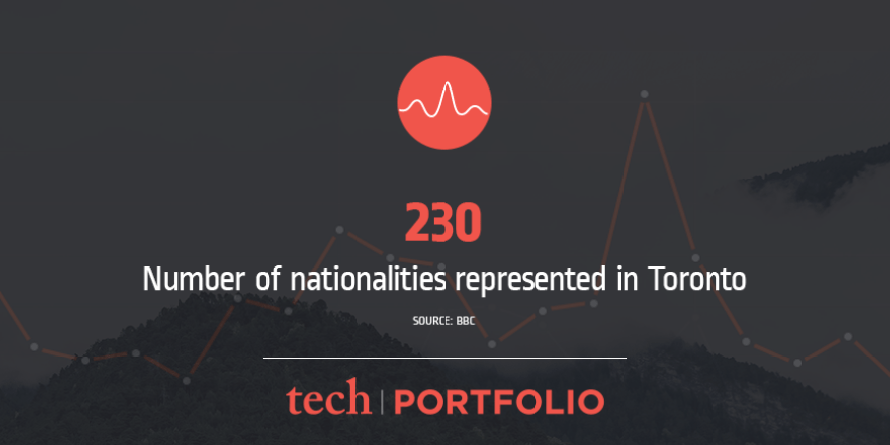 “The majority of Wattpad employees can speak a second or third language,” the company’s founder, Allen Lau, explains in a Globe and Mail editorial. “They are world travellers, having lived in 76 different cities around the world. Many are immigrants or first-generation Canadians. The perspective they bring is invaluable.”

WattPad’s initial growth in English only was slow, but when he started hiring country managers who could not only translate language but understand cultural norms, he was able to expand and adapt his product, tailoring it to content creators depending on nationality. This has resulted, for instance, in WattPad stories being adapted for Filipino media.

“I believe that Toronto’s diversity gives me an unfair advantage,” says Lau.

“Local startups are now global on day one,” adds Dr. Sean Wise, Associate Professor of Entrepreneurship at the Ted Rogers School of Management.  “Not only does diversity lead to innovation through an exchange of ideas, diversity can allow you to go global.”

For more on the opportunities and challenges facing Toronto as a tech startup ecosystem, read our in-depth analysis, Shopify Takes Vacant Blackberry Throne – And What’s Next for Ontario.

Top Hat Takes Vanguard Position in EdTech with $22.5 Million Funding Boost
Not a Myth: Why Startups That Zero In On Millennials Attract Investment
Platitudes and PowerPoint Make VCs say “No”